This is the first of a two-part series of articles on the hydraulic fracturing of rock, also known as fracking. This is a technology that everyone has an opinion on, but few take the trouble to understand what it’s all about.

The two parts are as follows:

In this first article, the concept of fracking is introduced, different applications are discussed, the chemicals and additives used in fracking fluid are described, and a method to classify fracking according to severity and impact is considered.

Hydraulic fracturing involves pumping water and sand at high pressure into gas or oil-bearing rock to fracture it and open pathways for the gas or oil to escape to the receiving well. This is far removed from the mid-nineteenth century practice of ‘shooting’ a well, which used explosives instead of water, but the principle is the same. Drillers freed-up non-productive wells by creating underground explosions to loosen rock so that gas or oil could move freely. Fortunately, modern day fracking is far safer, controlled, predictable and environmentally friendly.

In this first article, I introduce the art of fracking, discuss different applications, describe the chemicals and additives used in fracking fluid, and consider a method to classify fracking based on application, severity and impact.

The first recorded case of fracking was in 1857 when Preston Barmore lowered gunpowder into a well at Canadaway Creek, NY, and dropped a red-hot iron down a tube, resulting in an explosion that fractured the rock and increased the flow of gas from the well (Morton, 2013).  Undoubtedly spectacular, but definitely not controlled or safe…

In 1866, Edward Roberts registered a patent, for exploding torpedoes in artesian wells. This fracking method was implemented by packing a torpedo in an iron case that contained 15-20 pounds of powder. The case was then lowered into the oil well, at a spot closest to the oil source. The borehole was filled with water to increase the effect of the blast and the torpedo was detonated from the surface by connecting wires.  This increased oil from the wells by up to 1200% within a week of the blast (Manfreda, 2015)

There was little innovation in fracking technology until the 1930s, when drillers started using acid to make wells more resistant to closing, and thereby increasing productivity. However, hydraulic fracturing of rock only began in the 1940s to stimulate the production of oil and gas from reservoirs that had experienced a decline in productivity. The first application was in 1947 in the Hugoton Field, Kansas, where petrol gelled with palm oil and crosslinked with naphthenic acid were combined with sand to stimulate the flow of natural gas from a limestone formation. Halliburton Oil Well Cementing Company obtained an exclusive licence in 1949 for the hydraulic fracturing process. In the first year of operations, 332 oil wells were treated with a combination of crude oil, petrol and sand. The wells increased production rates by 75%, on average.

Water-based fracking fluids was in use from 1953 and many different chemical additives were tried to improve its performance. By 1968, fracking was being used in oil and gas wells across the United States, albeit in less difficult geological formations.  The application of fracking expanded during the 1980s and 1990s, when it was used to stimulate methane extraction from coal beds.

In the mid-1970s, the US Department of Energy (DOE) and the Gas Research Institute (GRI), in partnership with private operators, began developing techniques to produce natural gas from shale (Smith, 2012). Shale rock presented a challenge because of the difficulty in accessing the hydrocarbons in tight formations. Techniques employed included the use of horizontal wells, multi-stage fracturing, and slick water fracturing. The essential chemical additive for slick water fracturing is the friction reducer.

Mitchell Energy achieved commercial success with the recovery of gas from shale formations using slick water, a low viscous mixture that could be rapidly pumped down a well to deliver a much higher pressure to the rock than before. A merger between Mitchell Energy and Devon Energy in 2002 brought a rapid increase in the use of fracking with horizontal drilling in shale. George Mitchell (1919–2013) has been called the “Father of Fracking”, although he can be more accurately described as the “Father of the Shale Gas Boom” (Morton, 2013).

Hydraulic fracking is used far wider than the oil and gas industry (Adams & Rowe, 2013). It is used to great effect in many different applications, including:

As the fracking technology continues to advance, it is likely to become applicable in currently unforeseen ways.

There is a range of hydraulic fracturing techniques and several different approaches may be applied within a specific area. Hydraulic fracturing programmes and the fracture fluid composition vary according to the engineering requirements specific to the formation, wellbore and location. A typical hydraulic fracture programme will follow the stages below as a minimum (Fink, 2013; FracFocus, 2019):

Fracking fluid is made up according to many different recipes, according to the preferences of the driller and the characteristics of the rock that is being fractured. In fact, op to 750 different components have been identified in fracking fluid. The natural gas industry supports the disclosure of what is used in the hydraulic fracturing process to interested and affected parties. The only proviso is that proprietary fracking fluid composition and business information is kept confidential.  Depending on the application, between 3 and 12 chemical additives are used in fracking fluid with a median of 10 additives (US EPA, 2015).

Nowadays, most fracking fluids are water-based. Aqueous fluids are economical and, if used with chemical additives, can provide the required range of physical properties. Additives for fracking fluids serve three purposes, namely: 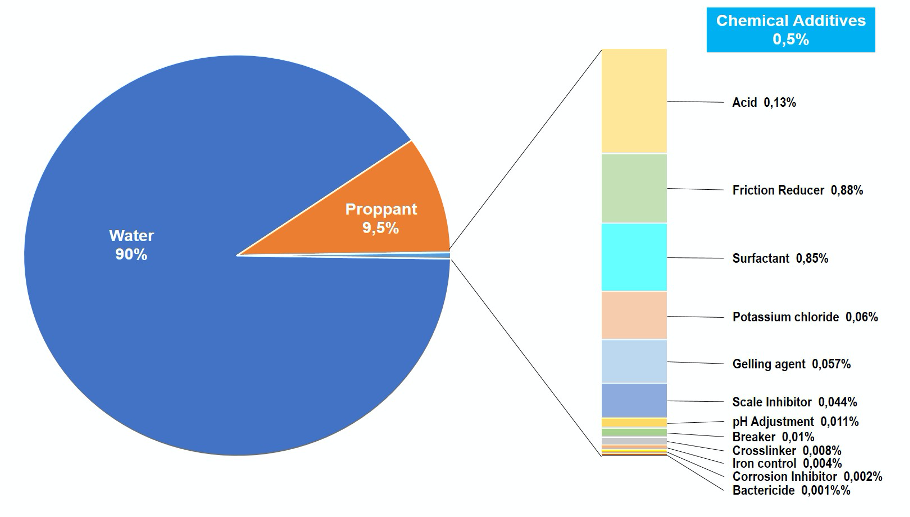 Hydraulic fracturing creates fissures in the rock, but when the pressure of the fracking fluid is reduced the newly created fissures and cracks will close again.  Proppants are introduced into the fracking fluid to penetrate and keep the fractures open, thereby forming conductive channels within the rock formation through which hydrocarbons can flow.  A proppant is a hard and solid material, typically sand, small diameter ceramic materials, or sintered bauxites.  Sand has a relatively low strength, which can be improved by resin coating.

The proppant must stay in position and prop open the conductive channels for the productive life of the well.  The flowback of a proppant following fracture stimulation treatment is a major concern because of the possible damage to equipment and loss in well production rate.  Proppant related degradation of the fracture conductivity can be caused by flowback, mechanical failure of the proppant grains, chemical damage or dissolution from the additives, and proppant embedment.

The shape and size of the proppant is important because shape and size influence the final permeability through the fracture. A wide range of particle sizes and shapes will lead to a tight packing arrangement, reducing permeability/conductivity. A controlled range of sizes and preferential spherical shape will lead to greater conductivity. Typical proppant sizes are generally between 8 and 140 mesh (106 µm to 2.36 mm), although a much narrower range is normally specified, say a 10/50 or 20/40 cut.

For the fracking fluid to be able to carry the proppant into the fractures, the fluid must be viscous enough to prevent the proppant from settling out before it has been carried to the desired position.

The following is a list of the primary groups of chemical additives used in fracking fluid recipes:

Different applications of fracking technology have much in common, but can be differentiated based on some of the physical aspects of fracturing, namely:

Adams and Rowe (2013) proposed a new terminology based on these aspects to allow clear differentiation between the many different types of hydraulic fracturing operations. Unfortunately, this approach is not in widespread use, but could enable practitioners, regulators and the general public to make a distinction between the many different operations.  The terminology and approach for ranking the intensity of fracking is presented in Figure 2. 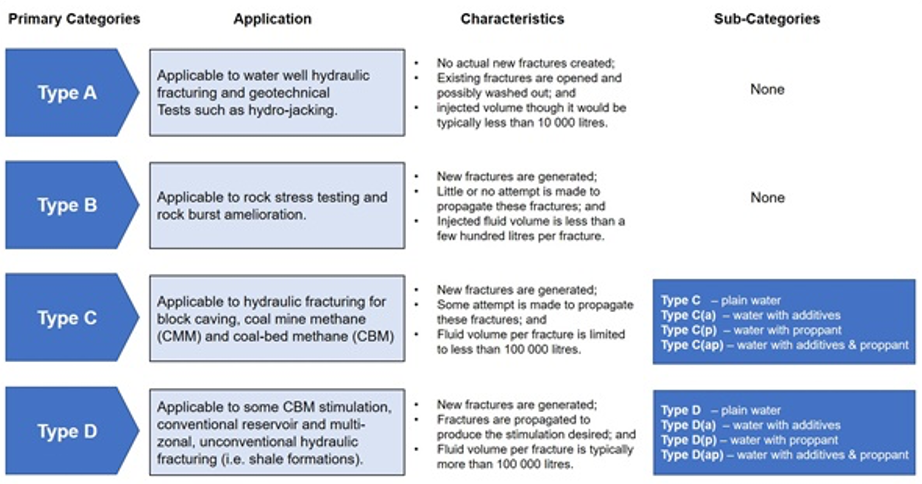 Figure 2:  A terminology for ranking the intensity of fracking

Hydraulic fracturing isn’t new, and has been practiced for more than 100 years. It’s been improved upon and renovated over long periods of time. The application of fracking to gas resources in shale formations and coal beds is a factor of rising energy cost.

There is continual progress in minimising the impact of fracking on the environment. The use of acids in the fracking process is being reduced, or stopped altogether. Hydrocarbon additives to water-based fracking fluid is being phased out and replaced by more environmentally acceptable alternatives.

Manfreda, J., 2015, The real history of fracking. Available from https://oilprice.com/Energy/Crude-Oil/The-Real-History-Of-Fracking.html. Accessed on 31 August 2019. 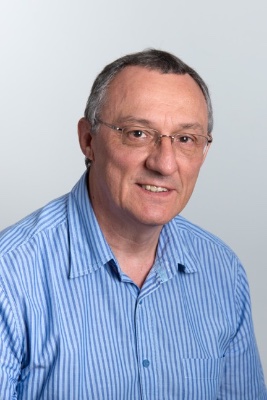 Jurie holds a BEng(Chem)Hons and an MBA. He has more than 37 years of engineering, operations management and functional management experience. He started, developed and managed the Environmental & Risk Engineering group in Sasol Technology for more than 14 years. More... 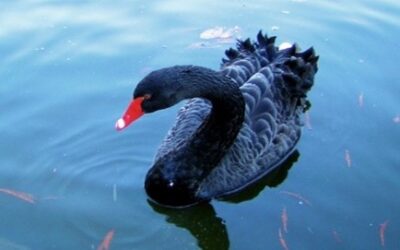 By Jurie Steyn.Introduction Decimus Junius Juvenalis, known in English as Juvenal, was a poet active in the period AD 110 to 130. He wrote sixteen satires on the vices, abuses, and follies of Imperial Rome and is regarded by many as one of the greatest satirists of...

END_OF_DOCUMENT_TOKEN_TO_BE_REPLACED 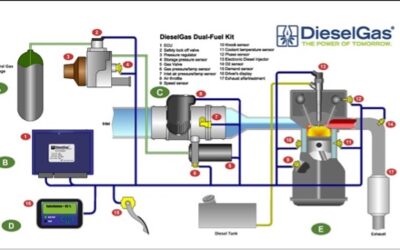 By Freek van Heerden, Corne Thirion and Jurie Steyn. Introduction Natural gas is a fossil fuel consisting primarily of methane (CH4) and is the cleanest of all hydrocarbon fuels. It generates carbon dioxide (CO2), a greenhouse gas, upon combustion and is therefore not...

END_OF_DOCUMENT_TOKEN_TO_BE_REPLACED 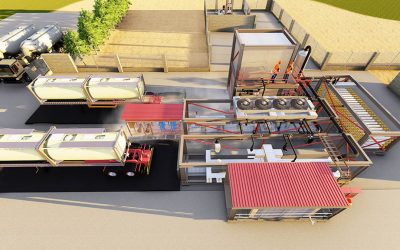 By Jurie Steyn. Introduction Consumption of natural gas (NG) has grown rapidly over the past three decades and today accounts for nearly a quarter of the world’s primary energy supply. Although global primary energy consumption fell by 4,5% in 2020 due to the Covid-19... 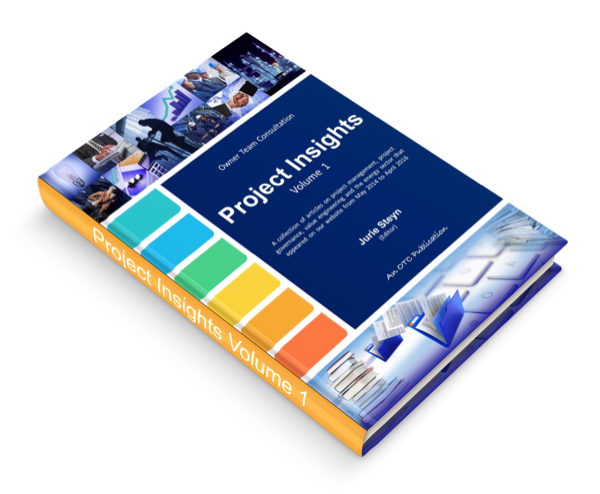 As a token of our appreciation for subscribing we will send you a link to download "Project Insights Volume 1". This 156 page e-book is packed with useful practical advice for project professionals and owner organisation representatives.

You will receive a monthly Insight from OTC and occasional updates.  We'll try not dissapoint you and only send you information that is worthwhile.

You have Successfully Subscribed!

OTC does not believe in spam - your privacy is assured and we will not share your information with others.

We use cookies on our website to give you the most relevant experience by remembering your preferences and repeat visits. By clicking “Accept All”, you consent to the use of ALL the cookies. However, you may visit "Cookie Settings" to provide a controlled consent.
Cookie SettingsAccept All
Manage consent

This website uses cookies to improve your experience while you navigate through the website. Out of these, the cookies that are categorized as necessary are stored on your browser as they are essential for the working of basic functionalities of the website. We also use third-party cookies that help us analyze and understand how you use this website. These cookies will be stored in your browser only with your consent. You also have the option to opt-out of these cookies. But opting out of some of these cookies may affect your browsing experience.
Necessary Always Enabled
Necessary cookies are absolutely essential for the website to function properly. These cookies ensure basic functionalities and security features of the website, anonymously.
Functional
Functional cookies help to perform certain functionalities like sharing the content of the website on social media platforms, collect feedbacks, and other third-party features.
Performance
Performance cookies are used to understand and analyze the key performance indexes of the website which helps in delivering a better user experience for the visitors.
Analytics
Analytical cookies are used to understand how visitors interact with the website. These cookies help provide information on metrics the number of visitors, bounce rate, traffic source, etc.
Advertisement
Advertisement cookies are used to provide visitors with relevant ads and marketing campaigns. These cookies track visitors across websites and collect information to provide customized ads.
Others
Other uncategorized cookies are those that are being analyzed and have not been classified into a category as yet.
SAVE & ACCEPT